I don’t think I’ve ever worn flip flops in my life. And I know that driving through the south in July is going to be sweltery (I’ve done it before). I know I won’t be wearing army boots or anything. But I probably won’t wear cut-offs either. Maybe a wife beater, though, you know, I’ll call it a tank top (still sounds kinda aggro though, right?).

But I’m getting ahead of myself here. First I need you to help me and the wild women I’ll be appearing with to get some gas money for our summer adventure. I promise not to spend any at Whataburger. I’m talking about the Southern Summer Comfort Book Tour, which I’ve helped organize for my friends Elizabeth Ellen, Chloe Caldwell, Mary Miller, Brandi Wells, and Donora Hillard. 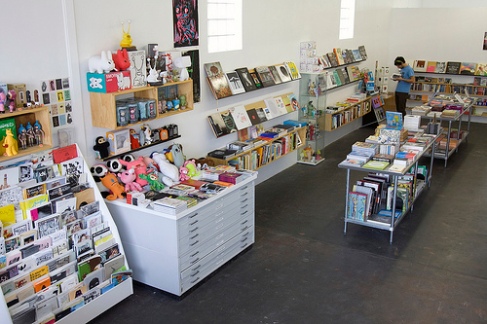 Domy Books will host the ladies in Austin and Houston.

Help us raise some moolah on their Kickstarter page. There’s some cool stuff to be had–books, Polaroids, private editing sessions. Hair pulling? If you’re into that sort of thing.

What else is happening?

I’m teaching another class on personal essays. This time with young hotshot, Chloe Caldwell. CC, as you may know, is the author of Legs Get Led Astray, the latest release from Future Tense Books, It’s on June 23rd at the Crow Arts Manor. I think there may just be one or two spots left in the class, so act fast! It’s only $40 for three hours of hard work.

If it’s warm out, we’ll be doing it outside. I won’t be wearing flip-flops.